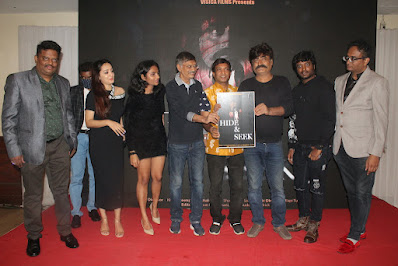 C B Kulkarni is also the founder of Caru OTT.Caru OTT has overcome many obstacles and has  set the OTT media house to provide new version of entertainment. Many web and movie which will be produced by Visica films will be released on Caru OTT.

On this occasion, CB Kulkarni, Managing Director of Visica films seemed extremely excited and blissful. He explained that the Production House will not be limited to any single language but will welcome all the different languages and different genres of the film production and Visica Films will also indulge in film releases.

Charan Survana quoted Visica films will bring the complete package of entertainment for the audience of all age groups.