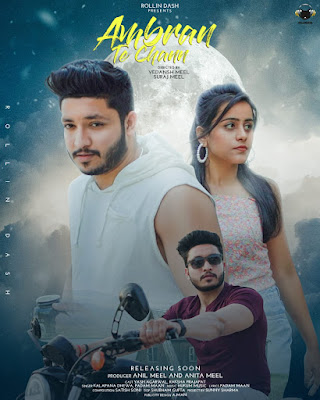 — Artist Yash will be seen for the first time in Punjabi Flavor Song, the first look of the song has been revealed.
The handsome hunk of Jaipur, supermodel and artist Yash Agarwal will be seen in a new avatar this time in a music video album. Jaipur based production house Rollin Dash will release Punjabi music video “Ambran Te Chann” on Rollin Dash’s official YouTube channel on 15th March. In which Yash Agarwal and Raksha Prajapat will be seen acting as lead artists.
Talking about the song, Lead Artist Yash said that the shooting of this song has been completed in Jaipur and other beautiful locations around. Different and advanced level techniques have been used to make this song more creative. Shooting and acting in this song was a different experience and will continue to play such different roles in future also.
Yash further told that the producers of this song are Anil Meel and Anita Meel, director Vedansh Meel and Suraj Meel, singers Kalpana Dheva and Padam Maan, lyricist Padam Maan, music composer Satish Soni, editor and DOP are Shubham Gupta.
Significantly, Yash Agarwal has been associated with modeling and acting field for many years. Yash has made a name for himself by winning titles and sub-titles in fashion shows and pageants organized in Jaipur and outside the city. Even before this song, Yash Aggarwal has left a mark of his acting in different story and concept based music video albums.
Share196Tweet123Share49