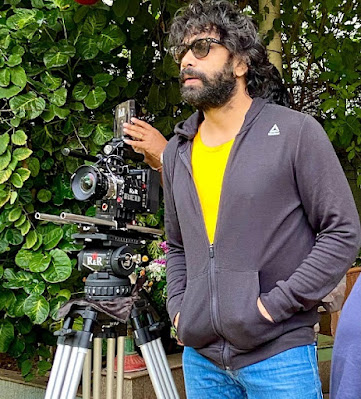 Cinema people are not only entertainers but also influencers who have a moral responsibility towards society asserts Aditya Om who’s a known name in Telugu films and has been trying to make a name nationally for himself by taking the less trodden path of artistic message oriented films.

His directed film ‘ Maassab’ which released early last year was on primary education, won many awards and carries impressive high IMDB ratings for any film . His recently completed film ‘ Maila’ ( excreta) based on manual scavengers was picked and recommended by NFDC film bazaar.

As an actor too Aditya Om will be seen in Hindi in ‘ Quota’ a film on reservation in professional colleges and single actor film ‘ Bandi’ on climate change . He consciously is selecting or choosing topics which have a social relevance and can spread awareness about important issues .

Aditya says that conventional Bollywood doesn’t acknowledge his work and contribution as he has not yet worked with stars or big banners but is confident that he will get his due recognition soon . In Telugu Aditya Om’s future projects are ‘ Amaram ‘ and ‘Dahnam.