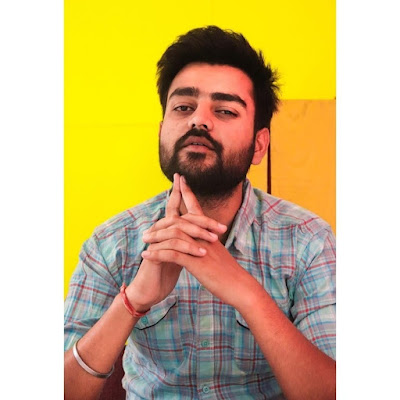 Rajendra Gurjar said that recently they released a punjabi music video named MARJAANI on Kasana Brothers Entertainment youtube channel and this song is now winning the hearts of many people’s. The shoot of this song was done in SKIT College, Jaipur.

Rajendra Gurjar was born and brought up in Sikandra Town of Dausa district of Rajasthan state in a middle class Gurjar family. His father is a Govt. teacher. After completing initial studies at sikandra, Rajendra Gurjar moved to Kota for higher secondary education while preparing for IIT JEE.

In 2015, He came to Jaipur for pursuing graduation and took admission in Swami Keshvanand Institute of technology and Gramothan, engineering college in Jaipur. When he was in second year of graduation, decided to pursue career in film making. Rajendra Gurjar started making videos/short films based on hostel life with his friends. It was very difficult time as whole focus was on making videos while on the hand graduation was in progress. He did a lot of bunks to write scripts. He completed graduation in 2019 and since then he is doing it as profession.

Like all others Rajendra Gurjar also faced many difficulties in his life like when he was a student and never had enough money and contacts at that time. So, he used to save money and control his expenses to take camera on rent.

Rajendra Gurjar said that he borrowed money from his friends and paid the rent for camera. Sometimes his college friends used to make fun of him. Like whenever he requested them to share his work with their friends they refused and made fun. Along with this, the moment when he faced his parents and told them the truth about the film making, it was really a difficult time. There are several incidents which he really can’t forget!