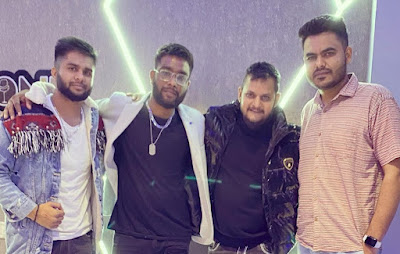 Rajasthan, the place plausible for its colorful culture, today, witnesses a combination of western workmanship through a local voice.

Parmendra Bera, better known as Parmen, is music director, composer and producer. Founder of Arrow Music, Parmen is a resident of Ramsari village (Degana) in Nagaur district. He has garnered the attention of millions of people across the state building up a big fan base.

Parmen is a B-Tech in Civil. He had also got a job as a civil engineer, but he did not like the job and he joined the music line.
Have come. Bera told that he got fond of music in his childhood from grandparents who had religious faith. His dream is to entertain the audience with great songs and contribute something to Rajasthani and Bollywood.

He said, ” I was introduced to the music industry by launch his first soundtrack “Dawa Hath Ki Binti” in 2019. After some days I release my music on different music platforms like Spotify, Google Play Music, Apple Music, iTunes, Amazon Music, JioSaavan, and many other international platforms like Deezer, Tidal, and Napster. You get Parmen music on TikTok, Instagram, or Facebook library also.

Parmen is the name behind ‘Arrow Music, a reputed music production house in Jaipur, India. He his working with business partner & wife Amrita aka Amy.

Music director Parmen’s song ‘Aag Laga Do’ is trending on YouTube. Music director Bera believes that this song is just the beginning, he will always strive to provide the best entertainment for the audience.