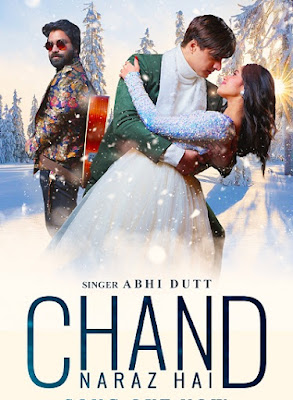 ‘Chand Naraz Hai’, a romantic number sung by Abhi Dutt, has been released by BLive Music. The song features popular TV actors Mohsin Khan and Jannat Zubair and their chemistry in the music video has already been appreciated by a large number of their fans.

Talking about being a part of this song, Mohsin Khan says, “I’m so glad to have become part of ‘Chand Naraz Hai’ music video. BLive Music has a beautiful story running through them, which helps the audience connect with the song better. The same is the case with ‘Chand Naraz Hai’.”

The song has many heavyweights coming together. While BLive Music’s Varsha Kukreja has produced the song, it has been presented by Sanjay Kukreja and Remo D’Souza.

Expressing her excitement over the release of the song, Jannat says, “It was wonderful working with BLive Music and I can’t wait to collaborate with them again. BLive Music has an incredible team and they ensure that everything right from the audio track to the music video shapes up well.”

‘Chand Naraz Hai’ has been composed by Vikram Montrose who is known for chartbuster songs from films like ‘Sanju’ and ‘Commando 3’. Azeem Shirazi penned the song, who recently wrote the mellifluous number ‘Maange Manzooriyan’ from ‘Badhaai Do’.

Released and distributed by BLive Music, ‘Chand Naraz Hai’ is available across all streaming platforms.