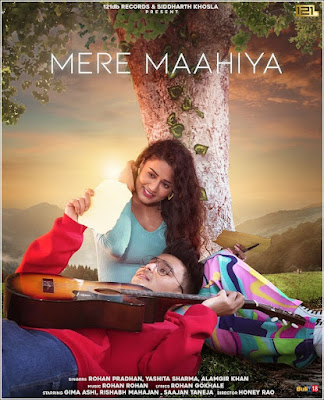 The newly released “Mere Maahiya” doing good on screen. Much awaited song of duo Gima Ashi and Rishabh Mahajan was released with a bang. The day song was released, that particular day it grabbed a wonderful response. Song “Mere Maahiya” is all about the love, romance and cuteness among the duo.

The cute chemistry between Gima and Rishabh is the new talk of the industry. The song is produced by Siddarth Khosla, sung by Rohan Rohan and the music is also given by him and Video by Honey Rao. Song digitally powered by Bull18.

Gima shared, “I have done so many projects but this was very close to my heart and I was super excited for its release. Finally, the wait and excitement proved to be fruitful and the huge response is the result of it.

On the other hand, Rishabh Mahajan says, “It was my first release and a big thanks to all the fans who keep on guessing what it could be and here we are with a good response from all of you.” he further added Song Mere Maahiya is all about the love showing the cute chemistry between Us.”

Adding more to it, the song was shared by many renowned faces in the industry. It is itself a great accomplishment.