Meet Ranjeet Singh, the Young Director of the Entertainment World

HELLO! India Art Awards is Back with its Second Edition to be Held in Delhi on February 5

Actor Manav Sohal Makes his Directorial Debut with Main Raj Kapoor Ho Gaya, a Film Dedicated to his Admiration for the Showman

Dangal 2 is All Set To kickstart A Heartfelt Dose of Family, Fun & Laughter With its New Show ‘Professor Pandey Ke Paanch Parivaar’ co-powered by JSW Cement

Panache Entertainment gets Surya Kumar Yadav onboard to collaborate with the Superfood brand Pintola!

Meet Ranjeet Singh, the Young Director of the Entertainment World 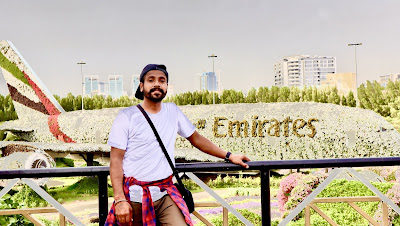 Some of the brightest men who have emerged from different industries and sectors in us and around the world still face off from the rest for some reason. Have you ever asked that what could be the reason that these people, especially the youth, could leave their mark in their respective industries?

There is nothing better than good, hard work, honesty, and perseverance to grow and prosper as a director in the industry, says Ranjeet Singh, one of the finest acting artistic person and a success story in the world of entertainment. Used to be Artistic consider talent as an artistic skill and their innate abilities.

Actually, Ranjeet Singh is happy as he was approached by many others in the industry seeing his skills as a director. Talking about how he generates new concepts, the young director says that he observes the current traits and then visualizes the traits in many aspects of life. He leads by brainstorming several ideas, which he then attempts to recreate in front of a digital camera.

HELLO! India Art Awards is Back with its Second Edition to be Held in Delhi on February 5