by Dinesh Kumar
in Festival
Reading Time: 4 mins read
A A
0
491
SHARES
1.4k
VIEWS
Share on FacebookShare on Twitter 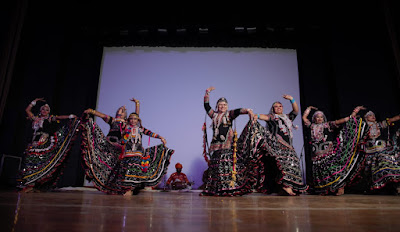 JAIPUR | It’s 4:30 P.M. at Maharana Pratap Auditorium, Jaipur and the ambience is surrounded by the worries of rapidly spreading OMICRON [third wave of COVID19] and chilling cold of the Pink City. Preparations for 14th Jaipur International Film Festival are taking place here.

Hopes were high, preparations were huge and the auditorium was supposed to be filled with cinema lovers from every corner of the world, but everything had to be limited because of the dangers of the approaching pandemic.

Chief Minister Ashok Gehlot was about to come for the Opening Ceremony and to honour Javed Siddiqi with JIFF Lifetime Achievement Award, but unfortunately he himself caught COVID and could not make it. Though he conveyed his heart felt wishes through a congratulatory note to JIFF and welcomed all cine lovers to the beautiful city of Jaipur.

Despite all the challenges, all were applauding and the Film Festival started with a great enthusiasm saying loudly ‘SHOW MUST GO ON’.

Shri Javed Siddiqi, a widely known Film Writer was honoured with this very prestigious JIFF LIFE TIME ACHIEVEMENT AWARD. JIFF founder director Hanu Roj and spokesperson Rajendra Boda honoured Javed Siddiqi by giving him a shawl and memento, as a symbol of his great contribution to cinema. Film lovers expressed their reverence by giving a standing ovation to Siddiqi, and he said, “My whole life, I’ve been playing with words and creating magic with words, but today I’m falling short of words. Since childhood, I’ve heard about art, culture and sculpture of Jaipur, but now I feel that Jaipur is creating a new history of cinema through Jaipur International Film Festival”. Next to it, Padma Shri Gulabo Sapera and her fellow dancers presented the beautiful dance.

Born in 1942, in Rampur, Javed Siddiqi has earned great name and fame by writing screenplays and dialogues for more than 60 super hit films in his career. He’s been honoured with prestigious Film Fare Award twice, in 1994 for super hit film Baazigar and in 1996 for block buster Dil Wali Dulhaniya Le Jayenge. Besides, he has been awarded with Star Screenplay Award for writing screenplay of super successful film Raja Hindustani in 1996.

“From the bottom of my heart, I thank all the dignitaries for taking time to make this evening special and audiences despite such tough times. We would make 14th edition of JIFF successful being together as a family and follow all COVID protocols and guidelines”, says delighted Hanu Roj, Founder – Director of JIFF.

These FILMS from RAJASTHAN get AWARDS

Awarded Films would be screened at INOX

279 FILMS from 52 COUNTRIES would be screened at INOX, GT Central