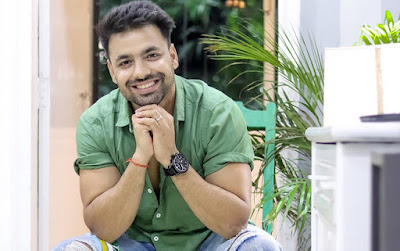 Television actor Mayur Mehta who got fame through Zee TV Serial “Aur Pyar Ho Gya” is now gearing up for his recent film “Nobel Peace”. The film Nobel Peace that recently bagged the Best Film (Jury) award at 10th Dada Saheb Phalke Film Festival 2020 and best screenplay at the eighth Indian Cine Film Festival 2020 has been released. The Actor has witnessed an overwhelming response from the audience.
While talking to the media Mayur Mehta Said, “I played a very interesting character of Asif Alam in the film, where initially the characters mind was just focused on his own religion, it showed the mental block of a person where even a help, support or suggestion from someone seemed like they are trying to brainwash you.
It’s very challenging for me to play this character. But later this character realized that humanity is above all and how the small things/videos made by his friend brought smiles and changes in the lives of others, those videos were not catered to a particular religion and that was the overall message which this film tried to put across. This world will be a better place if we consider humanity as our religion and let the Love & Peace prevail!”
The film revolves around how the youth over there gets influenced by certain things and choose a wrong path and how a professor’s teachings play an important role in Asif Alam’s life (played by Mayur Mehta) and direct him to seek the right path. It is an undying quest for truth. It also stars Mudasir Zafar, Aarti Sharma and others among others and has been directed and written by Astik Dalai. It is presented by O.P Rai’s Kala Niketan Entertainment. The Film is now streaming on Jio Cinema.
Mayur Mehta finished the shooting of web series based on cybercrime, where he played a pivotal character based on the real life of Professor Triveni singh, who apparently is the first cyber cop of India.
Share196Tweet123Share49