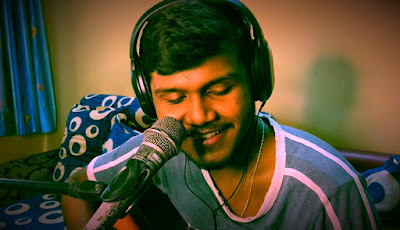 Singer Chris Dcosta is better known for his hit singles. He was debuted to the music industry with his debut Album ‘Tera Saya’ which came out to be a global hit. After the massive hit of Tera Saya, songs and albums by Chris were playing on the worldwide charts. Chris Dcosta has released his Ablums on the worldwide music streaming platforms like Spotify, Apple music, Deezer, Tidal, Napster, Tiktok, Instagram and Facebook library. His popular songs are Tera Saya, Yeshu Mere Tu Kitna Mahaan, Pyaar Ka Tohfa, Yeh Nafrat, Make Me the Door, Adhura Ishq and many more.

He stepped into the world of music with live stage performances and performed all over India. He got fame and name in 2017 when his cover songs on YouTube started becoming viral. Chris Dcosta’s music and singing style is inspired and infused with the famous bollywood singer Jubin Nautiyal. The very big reason for Chris to start music was Jubin. Chris is set to release more albums soon in the coming months.

Chris Dcosta has been enjoying the success of his latest Albums. The songs all together featuring singer Chris Dcosta have crossed more then 900K streams all over Spotify and is very near to hit the million mark. Albums by Chris manages to bring out the romantic side in you. The credit of this success also goes to the music producer and his brother Jason D’costa. If you missed on watching the songs, you can watch it on Chris Dcosta’s YouTube channel.