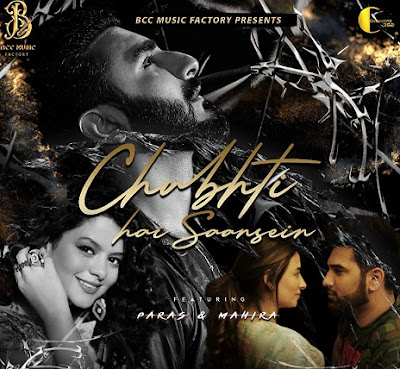 BCC Music Factory & Amit Majithia presents Chubhti Hai Saansein featuring big boss 13 fame Jodi Paras Chhabra and Mahira Sharma. When we take their name the first thing that strikes our mind is their love and chemistry during the show.

The lovely pair is featured in music video Chubhti Hai Saansein, which was released on Tuesday. The song is produced by Amit Majithia, directed by Akshay Sood, and female vocals are given by Palak Muchhal. Whereas, Composed, Music, Lyrics, and Rap is done by RCR. RCR is famous for television singing reality shows like “MTV Hustle” and “Dil Hai Hindustani.” He has written more than 500 raps so far. Let’s not wait and enjoy RCR’s creativity in this song.

The song will touch your soul as the lyrics and music are coordinated in a way that lets you feel every bit of it. After the show, the couple turned to be best friends and were seen together in many music videos and shows.

Breaking the prototype of the old love stories which end on a bad note, the song is created to let the listeners enjoy something new and can listen and watch it again and again.

If you are also excited about the song then wait for what just listen to it and enjoy the immense love between Mahira and Paras Chhabra.