A Night of Glitz, Glamour and Glory… HELLO! Hall of Fame Awards – South 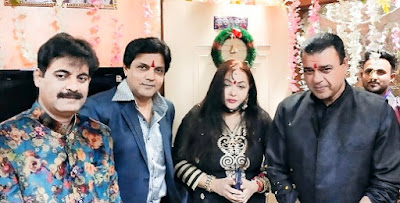 The chief guest on the occasion was CISB Founder Chairman Krishna Pimple. Everyone was welcomed with flower petal showers and aarti. Along with the actors of the film industry, many veteran producers, directors, cameramen and others participated and made the birthday of actor Neeraj Bharadwaj memorable.

A Night of Glitz, Glamour and Glory… HELLO! Hall of Fame Awards – South