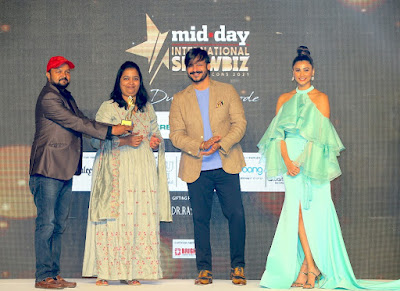 Having successfully run his PR agency Altair Media for the past decade, he has been a media planner for several actors of Hindi films as well as has expertise in national and international programs of fashion and lifestyle.

In addition to being an influential media strategist in newspapers, radio, TV and online news portals for the promotion of actors and films, he has also worked in media management for corporate and social concern groups. He has also been honored at Asia Leadership Award, Legacy Awards 2019, Singapore for his outstanding work in the field of PR.

Dedicating this award to his parents, Ashwani Shukla said that parents’ blessings are the most essential for success along with talent, hard work and luck. There is a lot of potential in the media, film and television business.

Many young people around us are doing remarkable work in this field. In the last years, the trend of new media online PR has increased. We will continue to work on an effective plan for our clients’ for  traditional media as well as new media.