Abhimanyu Singh is excited about his negative character in ‘Sooryavanshi’

Abhimanyu Singh is excited about his negative character in ‘Sooryavanshi’ 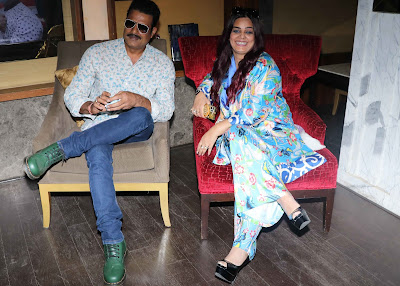 Abhimanyu Singh has received immense praise for the role of the principal antagonist in Rohit Shetty’s Sooryavanshi. Ever since the launch of the trailer, Abhimanyu’s character has made a mark & built curiosity among his fans.
The actor talks about how his character is not a typical baddie in the film despite being part of a larger-than-life Rohit Shetty cop universe “It is an opportunity given by Mr.Rohit Shetty to play the antagonist in his film and I shall be indebted to him always.
Everything on the set was so larger-than-life. My character is not a typical baddie, he has his own ideology, does things for his people, and is very real with an emotional undercurrent” further adding “I am happy to receive so much love for my role, Ajay Devgan, Akshay Kumar, and Ranveer Singh together come in the climax to avenge and that is the moment for me, I am so honored to be part of the project and this one will always remain closer to my heart  ”
“I am so glad that the film could release this Diwali and theatres are already going full and this is just an apt film for the audience to bounce back and live to get back to normal cinema ” adds Abhimanyu
Share196Tweet123Share49